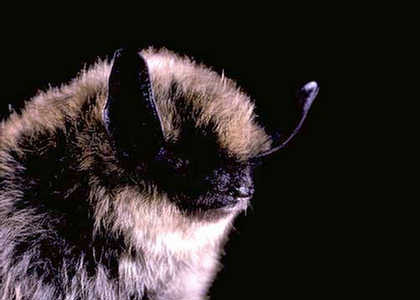 The eastern small-footed bat is a small bat species that is quite rare in the United States. They have long, glossy fur that is brown in color with a few black spots. The bat measures at right around three inches in length with a wingspan of up to about ten inches. As the name implies, they are indentifiable by their small feet. These bats live in forested areas and  do not often travel in large numbers.

It is predicted, though there is not much data, that the bats have a shorter than average hibernation period. The females usually have a single pup sometime in late spring or early summer. Not much is known about the eastern small-footed bat’s reproduction tendencies. Furthermore, there is not much certifiable information about what the eastern small-footed bat eats or how it conducts its foraging. The species is listed as threatened by the federal conservation bodies because they are threatened by habitat destruction.

Because the species is protected by law, they cannot be harmed in any way if they occupy your home or attic. Because of this, it is important that you hire a professional bat removal company with a track record of excellene in the field as well as a history of following federal guidelines. Bat Removal Pro vets all bat removal services in your area to determine which ones a qualified to handle your bat removal job. Check out our directory to find the top bat removal companies near you!