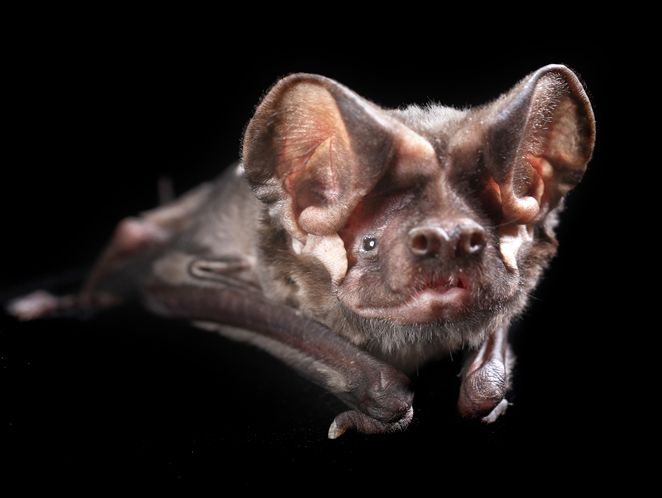 Florida bonneted bats are the largest bat species in the state of Florida. They are most recognizable by their ears that extend out over their face. It is this feature that gives them the “bonneted” moniker in their name. Their fur is a dark gray colorbut can be mixed in with a bit of brown. Florida bonneted bats have long tails, known as “free tails” that extend longer than many other bat species.

The population of Florida bonneted bats is at risk and, in fact, the species is mentioned in the Endangered Species Act as being critically endangered. There are several reasons for this including languid mating potential, habitat destruction, and general climate shift. The Florida bonneted bat is slow to mate so they cannon repopulate quickly. Furthermore, they do not migrate and cannot exist in habitats far outside the wetlands of Florida. This, coupled with hurricanes and urban growth, has desecrated the population and makes it very improbable that the population will fully recover.

Florida bonneted bats must be handle with great care because of their distinction as a critically endangered bat species. In order to remove Florida bonneted bats from your property, you must find a highly trusted local bat removal service whih operates in accordance with conservation laws. Bat Removal Pro screens all local bat removal services to find the most qualified candidates for your bat removal job. Check out our directory now to solve bat problems for good!