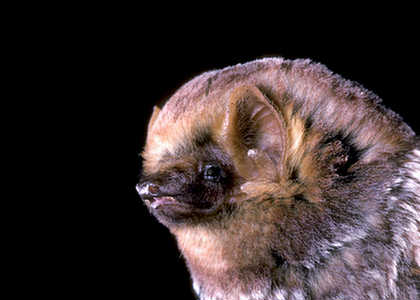 Seminole bats are a mid-sized bat species known for its dark red fur. It is commonly mistaken for other bat species such as theeastern red bat but is separated by white patches of fur around the shoulder and wrist area. They tend to roost in areas where Spanish moss is prevalent, shading them from the Sun. In the evening, seminole bats go foraging for insects such as beetles, crickets, and flies. Because of this, these bats are crucial for keeping insect populations in check so as not to overrun human-dense areas.

Seminole bats are usually located in the Deep South where temperatures are more tropical throughout the year. Because of this, seminole bats don’t require a typical hibernation period and are known to be active all year round. They may, however, stay inside their roosts if temperatures drop abnormally low for any amount of time. Their mating season is during the fall months, while the sperm is stored for the duration of the winter and offspring are born around early June. The offspring typically number from one to four and mature very quickly compared to most other bat species. Young seminole bats may even achieve flight after no more than three weeks

Seminole bats, like many other bat species, are highly important for a maintaining a healthy balance of insects. Therefore, it is very important that bats of all kinds are treated with care when being removed. Bat Removal Pro makes your decision on which bat removal service to hire infinitely easier. We observe and vet each bat removal service in your area to determine which businesses are most capable of performing outstanding bat removals on a consistent basis. Visit our directory today to remove seminole bats from your home!